Pamela and Daniele's wedding celebrations at Tenuta di Polline, in the enchanting setting of Lake Bracciano 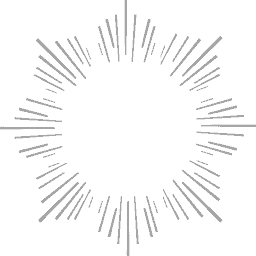 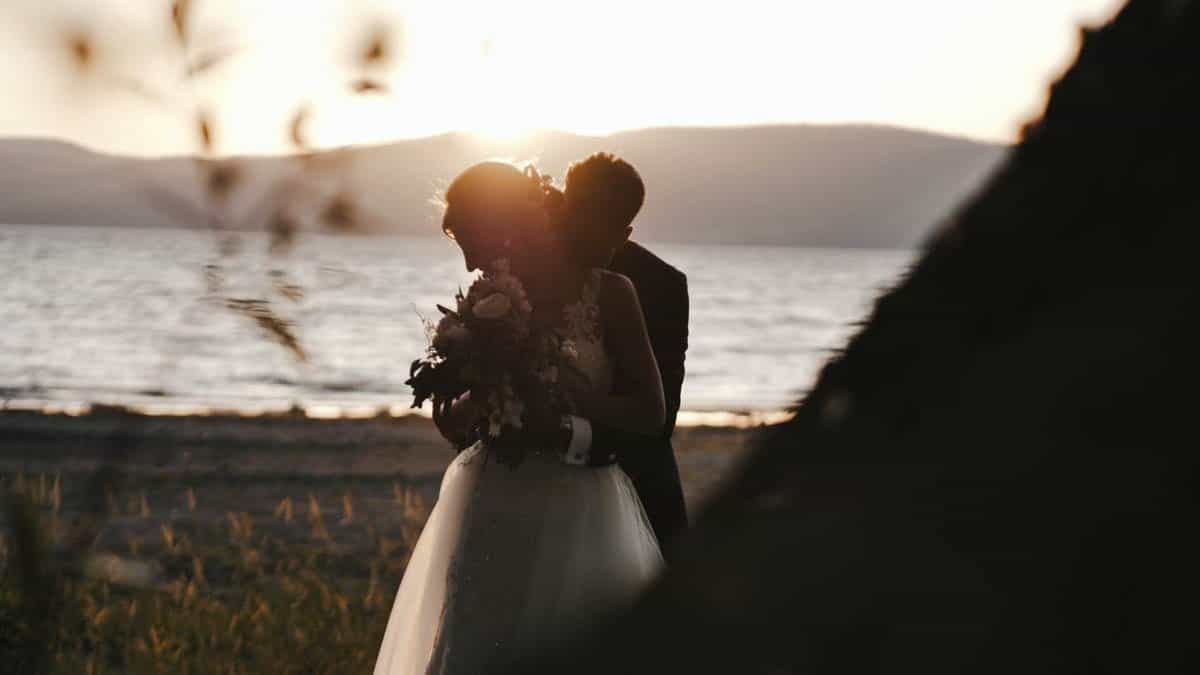 A wedding on Lake Bracciano is a very elegant, yet vaguely rustic choice, combining a love of nature with the sophistication of a simple, traditional ceremony.

In this sense, Tenuta di Polline offered a magical location, directly overlooking the lake through a small green space where the couple spent their wedding day.

The atmosphere was very romantic, with a country and natural touch, surrounded by greenery and among the beautiful willow trees typical of the area. Many Romans, but also Italians from other areas and foreigners, choose this location for their weddings, and the reason is easily stated. It seems to have been specially designed to accommodate the bride and groom and all their guests, with large green spaces, a perfect climate and a Lake Bracciano that can excite everyone.

Pamela and Daniele's wedding was completely designed by the bride and groom to reflect their tastes: a classic ceremony was followed by a party at Tenuta di Polline, a beautiful location in the countryside by Lake Bracciano. The bride is a travel influencer, so she decided to give a personal touch to the arrangements in both the church and the restaurant. She added original elements, such as photos and small objects, that made people think of her beloved travels.

DIY or Do It Yourself weddings are a new trend that is catching on around the world and offer maximum personalisation of the ceremony.

DIY weddings are all about planning the ceremony from top to bottom and thinking about the decorations, the favours and all the other details yourself. Usually, to make the ceremony even more personal, the bride and groom themselves create all the details of their big day by hand.

This practice will not only make the wedding unforgettable, as it will be different from all the others, but also allows the couple to unleash their imagination.

The ceremony in a magical place

The religious union of Pamela and Daniele was celebrated in the church of Santa Maria ad Rupes near Castel Sant'Elia, a village in the province of Viterbo. The ceremony was a classical one, the bride wearing a white dress with an embroidered bodice and a voluminous skirt was accompanied by her father to the altar. There, her groom was waiting for her. For the event, he decided to wear an original tailcoat, a formal male suit with a short jacket in front and two long tails at the back.

The highlights of the service were highlighted by musical accompaniment. The enthusiasm of those present exploded after the couple recited their vows. On their way out, the new couple was greeted by a cascade of white paper hearts.

Already during the ceremony, several photos were taken showing the couple exchanging looks of understanding and love, eager to start their beautiful life together as husband and wife.

Before going to the location of the party, Tenuta di Polline, the couple took advantage of the wonderful view outside the church to take some photos. The basilica is located on high ground, and to reach it, large balconies built over a cliff offer a magical view of the valley.

The photos then depict the couple in sweet gestures of love, smiles and tender kisses, while the background emphasised the wonder of that unforgettable day.

From here, the bride and groom drove a 1970s Beetle convertible to the shores of Lake Bracciano, to the picturesque Tenuta del Polline. They arrived just at sunset, the moment of the day when the light becomes dimmer but at the same time warmer; its reflection on the calm waters of the mirror of water made those moments unforgettable.

The photos were made better by the sun, which made the couple's skin more golden and radiant, while nature created beautiful plays of light and shade that were impossible not to capture.

The party at Tenuta di Polline

The night-time reception on the shores of Lake Bracciano was an emotional rollercoaster. Neither relatives nor friends were able to contain their enthusiasm, and they plunged straight into wild celebrations.

The bride made a quick change of dress, removing her voluminous skirt and remaining in a tight-fitting mermaid dress decorated with lace and rhinestones. She also placed a crown of flowers on her head to better match the country atmosphere of the Pollen Estate. The party was held outdoors, the darkness did not make the atmosphere gloomy as it was warmed by soft lighting and flashes. At the start, friends and family created a luminous corridor, holding up glittering stars, perfect for welcoming the new couple into the heart of the party.

The sky was brightened again during the cake cutting, which took place at the edge of the lake and was framed by a shower of fireworks that were reflected in the water, adding to their choreographic effect.

Tenuta di Polline, nestled in the countryside, was the perfect location to make Pamela and Daniele's dream wedding come true. They were able to enjoy a mild climate, perfect for dancing late into the night. The stars in the sky made the moment more magical, while laying bare feet in the grass on your wedding day is priceless.

Everyone had a great time and wouldn't get off the dance floor. Lake Bracciano was the other big star of the ceremony, providing a romantic and peaceful backdrop. 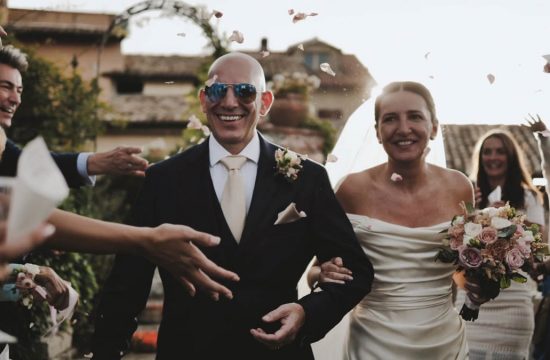 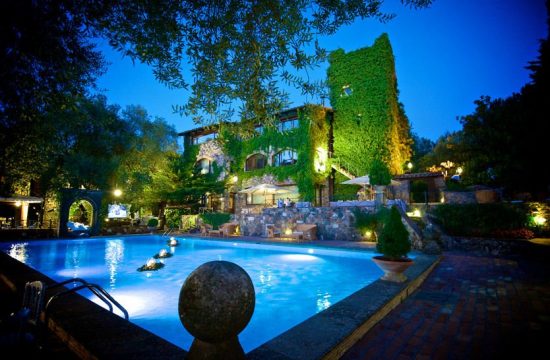